CO.ME.S (Costruzioni Meccaniche Signorini) was born in 1961 of the combination of the passion and creative mechanic skills of the Signorini family, who founded the company with little money but lots of enthusiasm, genius and great entrepreneurial spirit. In 1989, the company grew so much it had to change its status into a joint-stock industrial company.

Nowadays, CO.ME.S works in all of the world’s markets in marble and granite as well as in ceramics; it is known as a centre of excellence and works with all the leading manufacturers of granite-processing machinery.  CO.ME.S Mechanical Engineering

As early as 1967, it patented its first industrial metal tubing-processing device; in 1970, it patented an innovative speed reducer that was far ahead of its competitors, thus starting to grow one of its two major product ranges: REDUCERS and SPEED VARIATOR REDUCERS, which still come in different types and sizes and can be applied to any machine tool, mostly to MARBLE- and GRANITE-PROCESSING plants.

Over the years, CO.ME.S. has strengthened its market position, and its creative mind and inquisitive spirit led it to create another two patents in 1976 and 1981, respectively; 1984 saw the achievement of its greatest technical and commercial success as it designed and patented the very first INCLINE-PLANE SWING-ARM POLISHING HEAD, which was an instant hit on the marble- and granite-polishing market.
The success of its patented POLISHING HEAD, entirely designed and manufactured at CO.ME.S.’s site, made the company increase its production volumes and gain greater shares of the foreign markets. 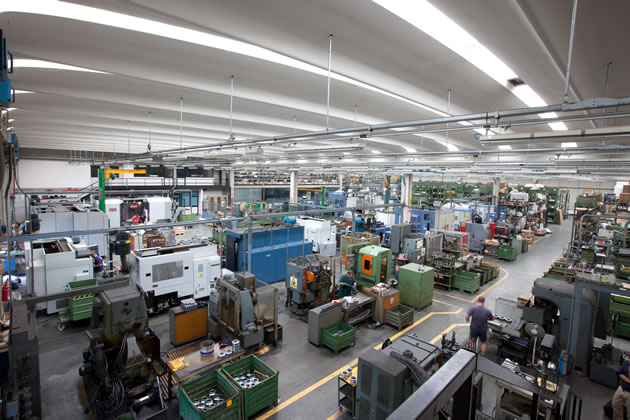